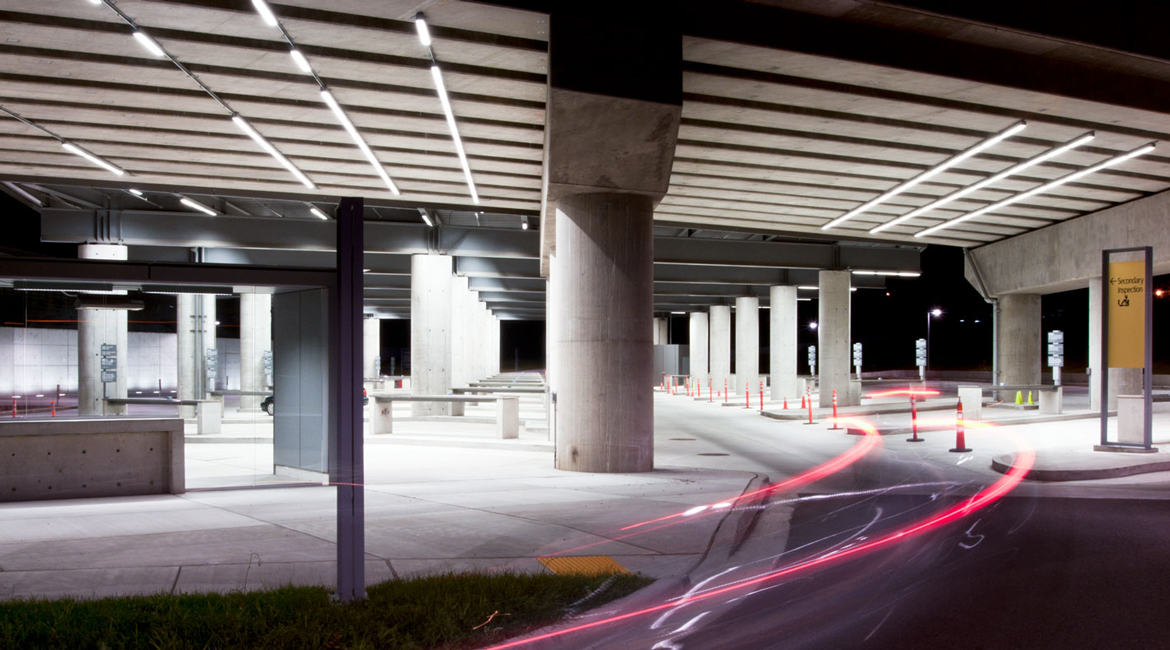 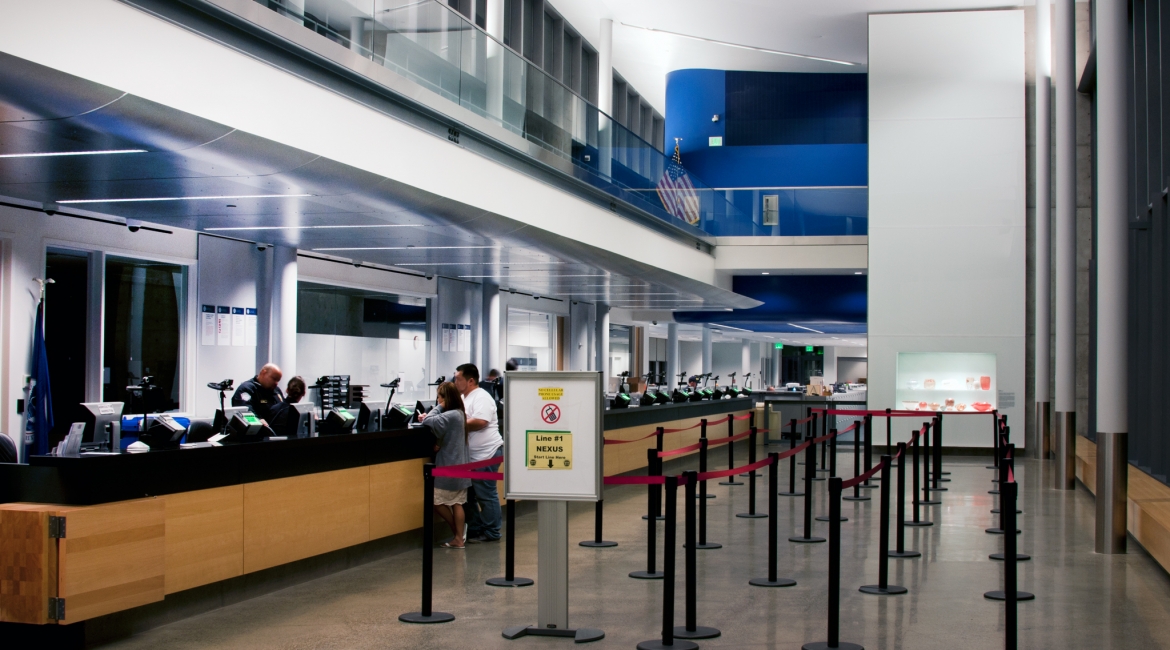 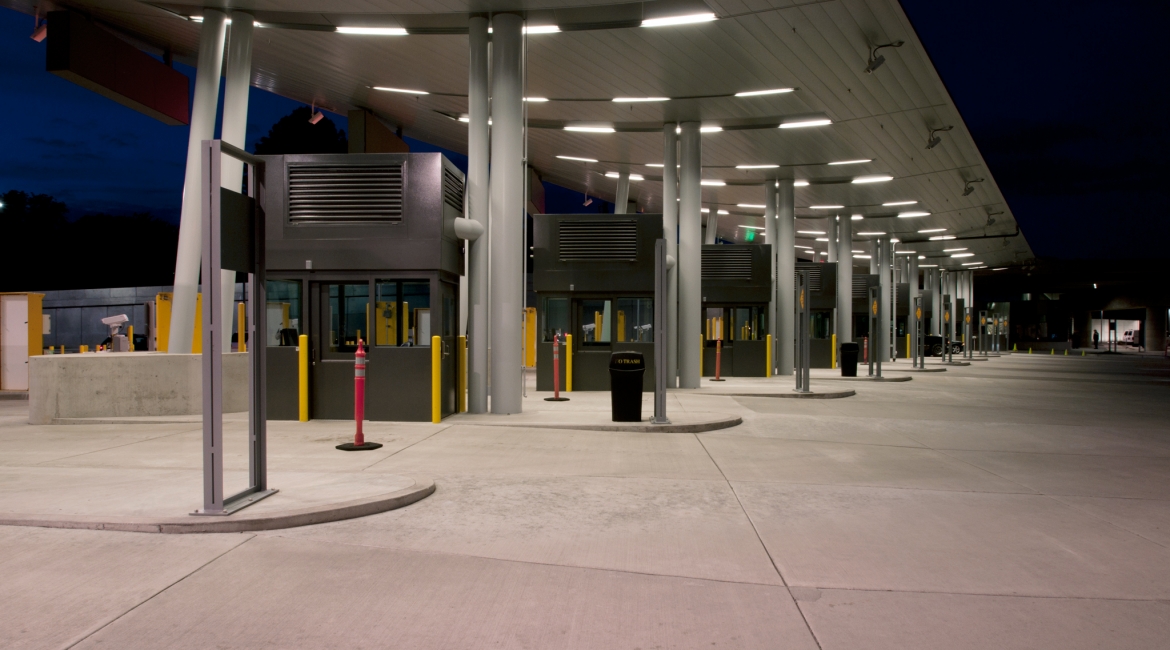 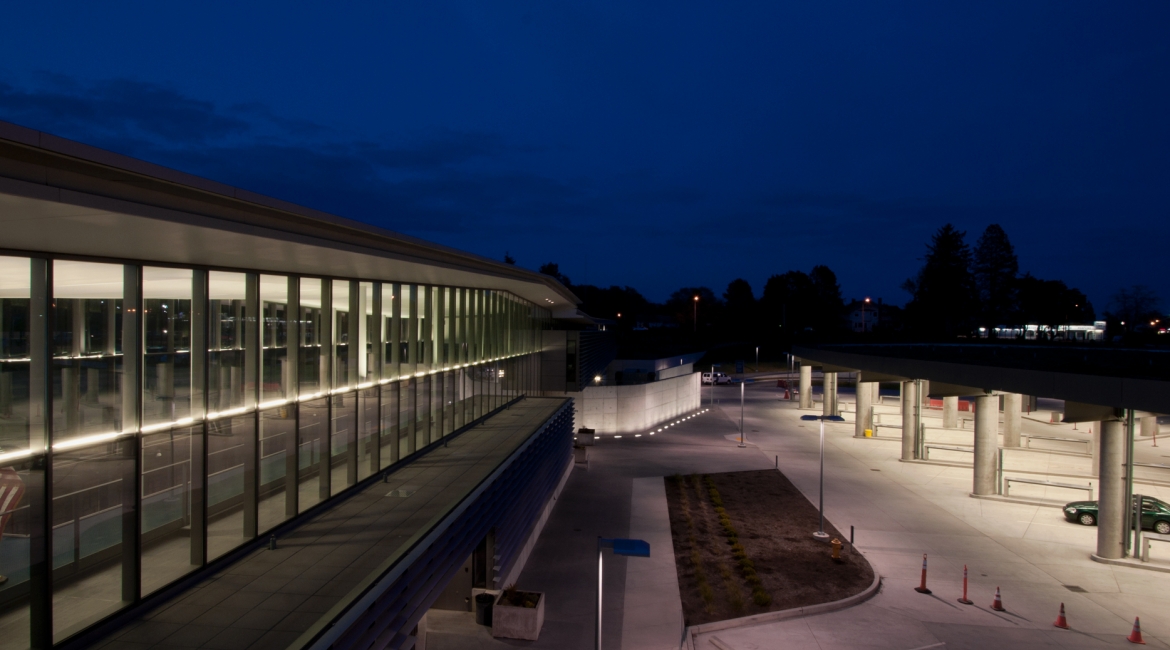 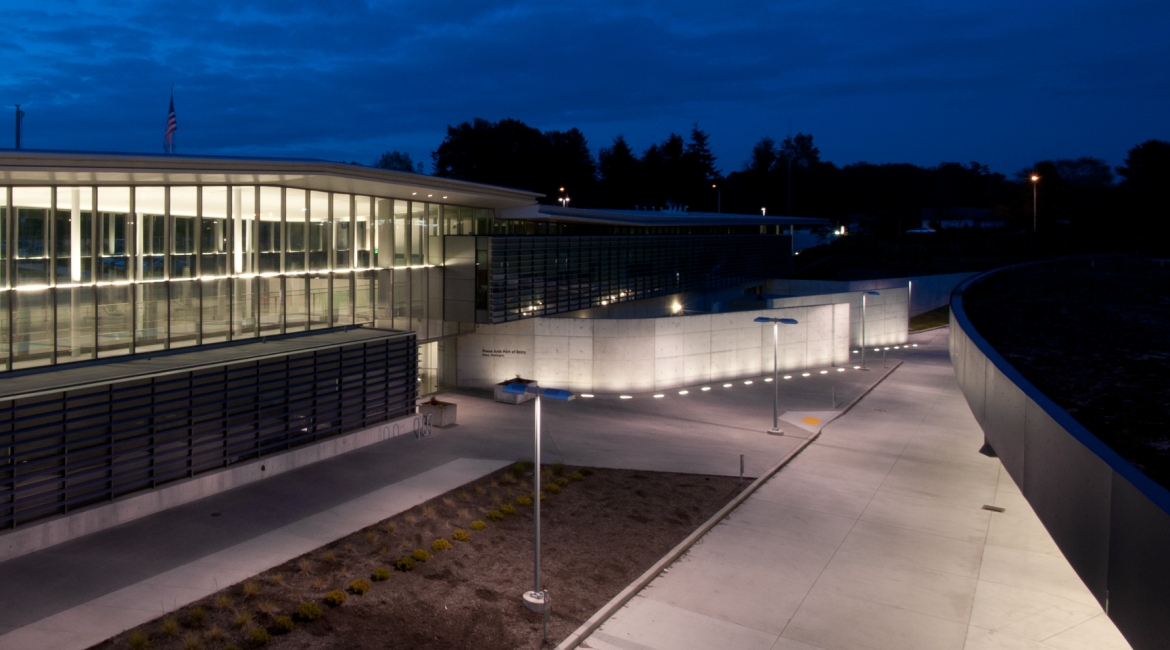 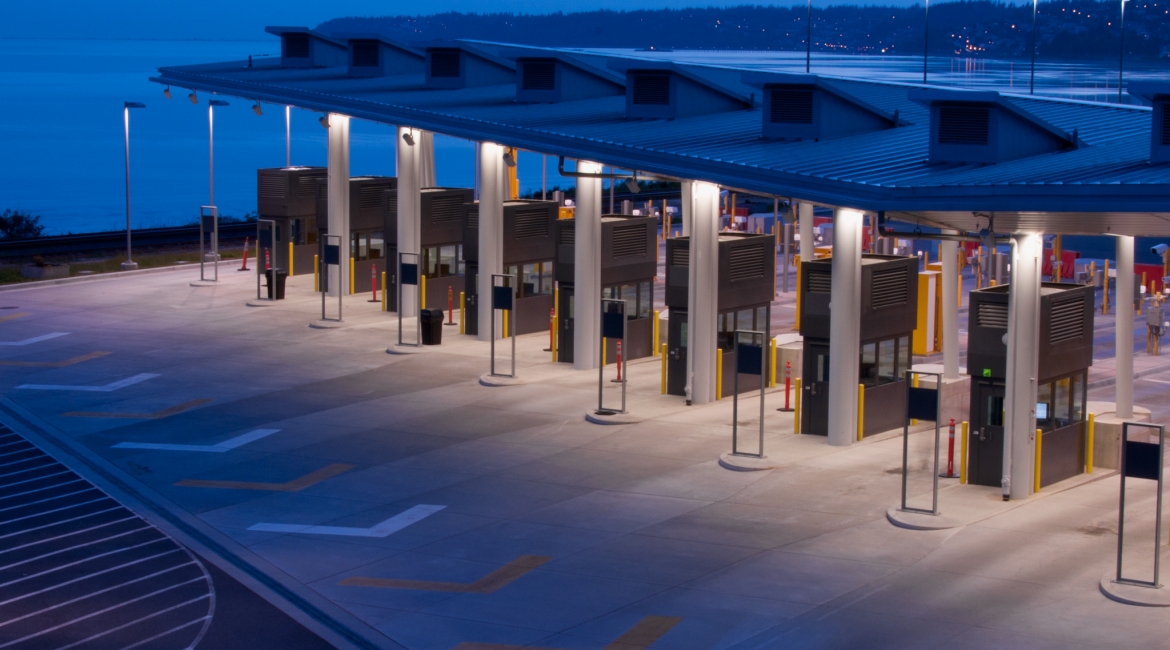 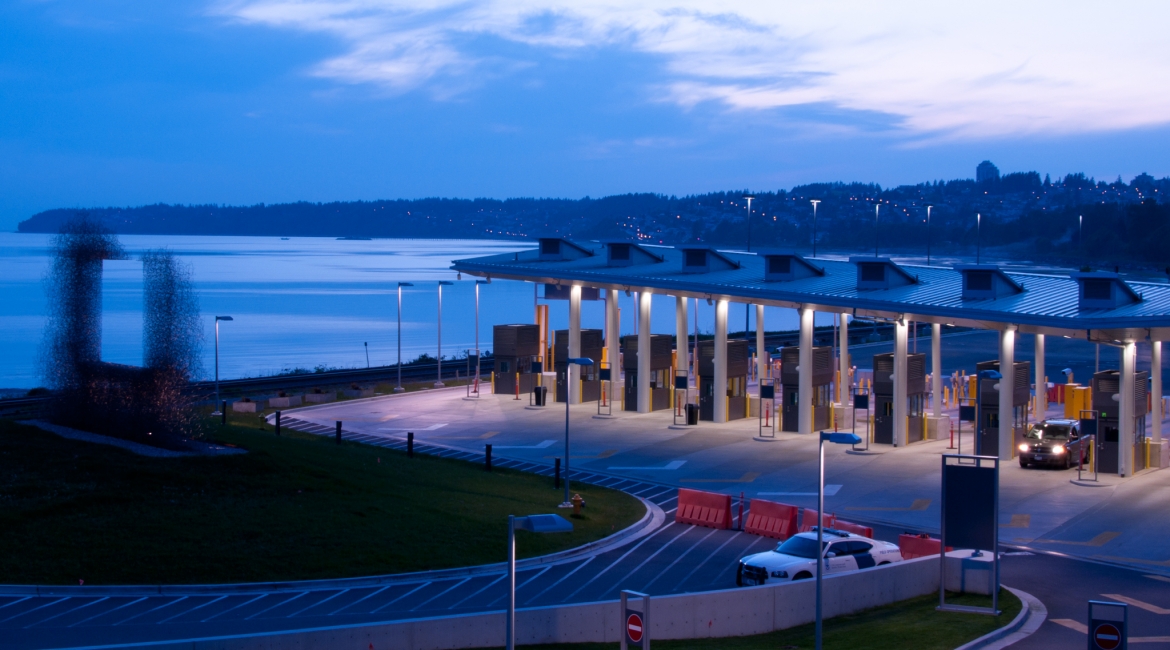 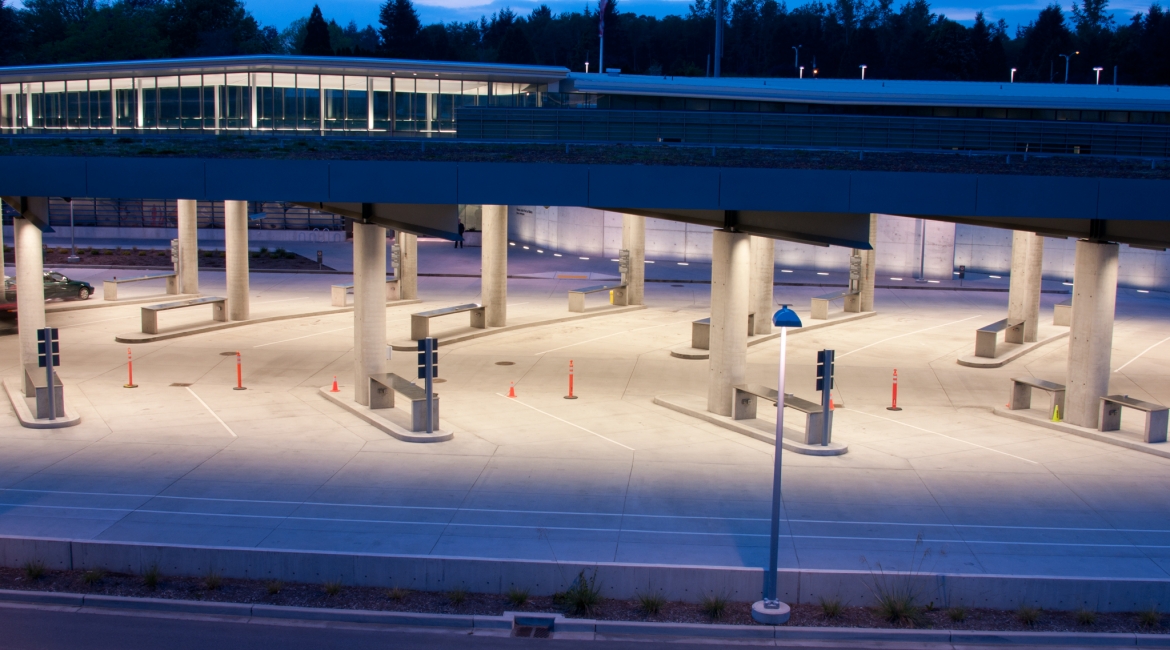 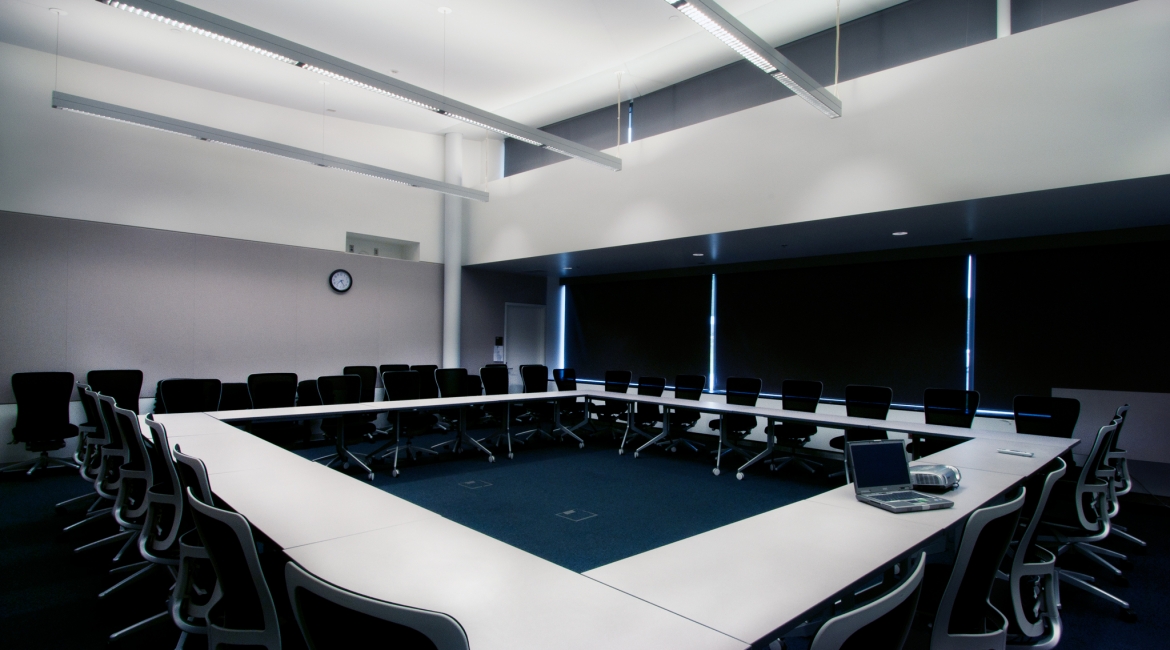 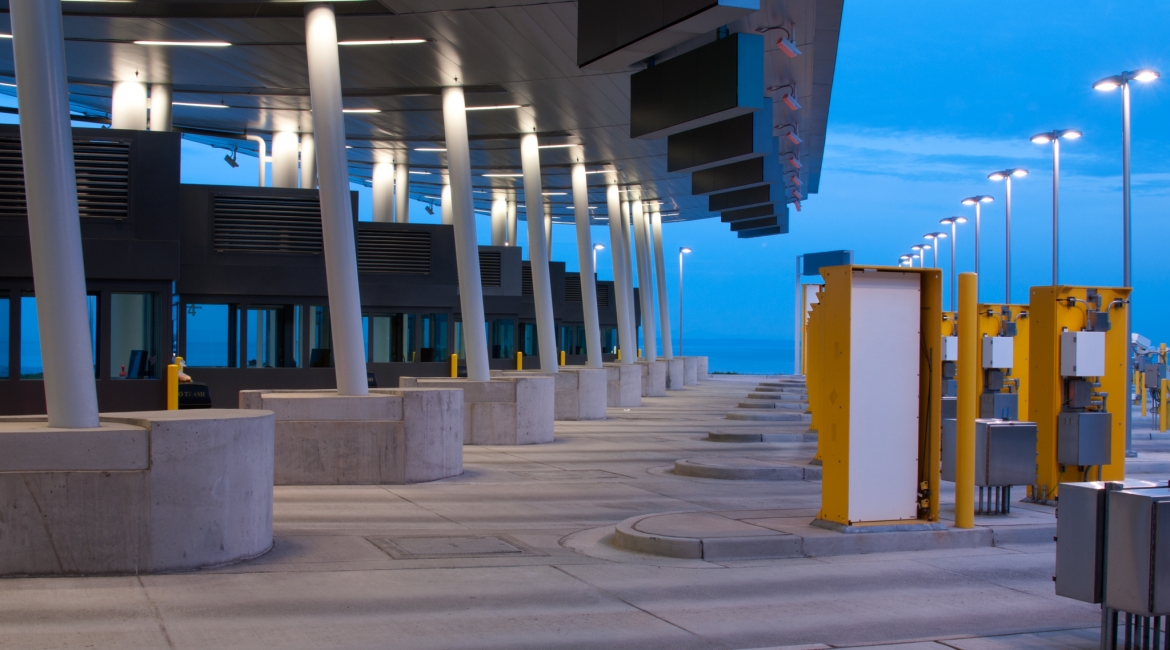 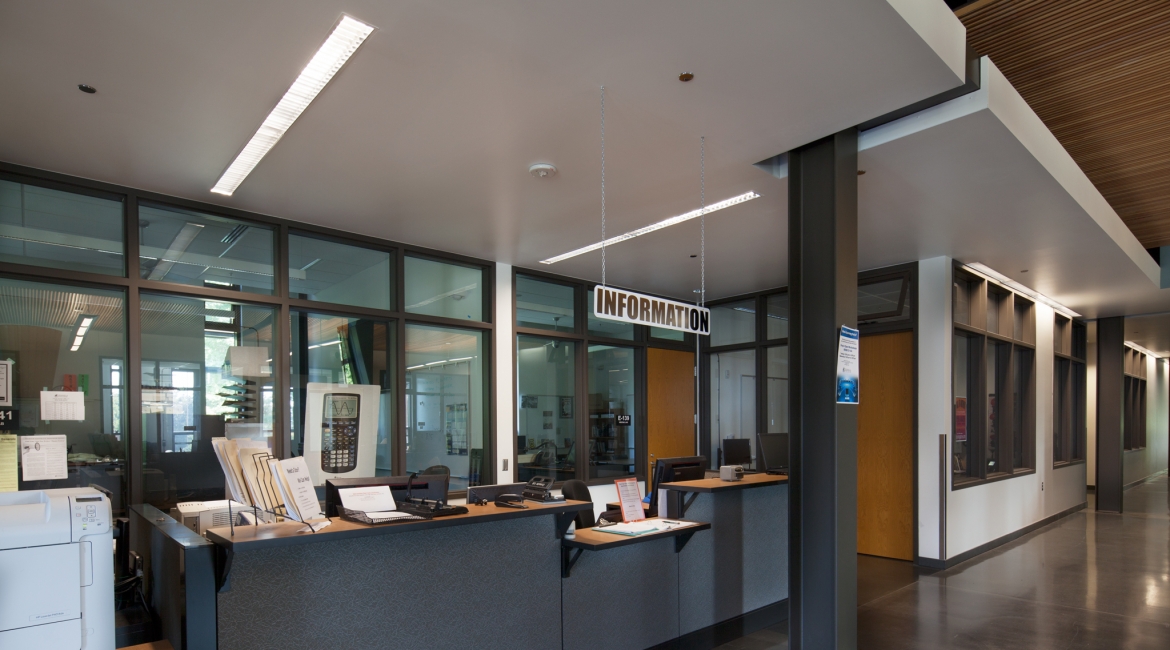 When the U.S. Border Patrol’s Land Port of Entry Station between the U.S. and Canada, was planning lighting for the 2011 opening of its enlarged facility, energy-savings was a key element for the initial design toward a goal of achieving LEED Gold.  Adjacent the historic Peace Arch Monument erected in 1921 directly on the border at Blaine, WA, Port of Entry administrators wished to universally employ energy-saving lighting throughout the 34,000 square meter port building, above 10 lanes of inbound primary inspection, and 40 spaces of inbound secondary inspection.  Bohlin Cywinski Jackson Architects and CANDELA Lighting Design, both of Seattle, was the design team retained by the U.S. General Services Administration on behalf of the Border Patrol.

Instead of blindly adhering to the old standards, CANDELA stuck their neck out and informed the GSA that revising their requirements could allow the best of both worlds: adequate, glare-free illuminance and greater energy-savings. As a result, lighting parameters now employed throughout the new Peace Arch border-crossing station were put into an entirely new set of lighting guidelines for GSA . . . and accepted for all future U.S. Land Port of Entry renovations and new construction. (Below is a link to an article in LD+A by CANDLELA's Mary Claire Frazier, explaining the Peace Arch Port of Entry design strategy, why and how CANDELA got the GSA to change their standards based on this project.)

The peace Arch Port of Entry is designated as a GSA Design Excellence project subject to the Federal government's highest standards of design and functional performance and was certified LEED Gold.
a·light is also a major lighting manufacturer on the San Ysidro Land Port of Entry in Southern Calfornia.


View the D and G Series