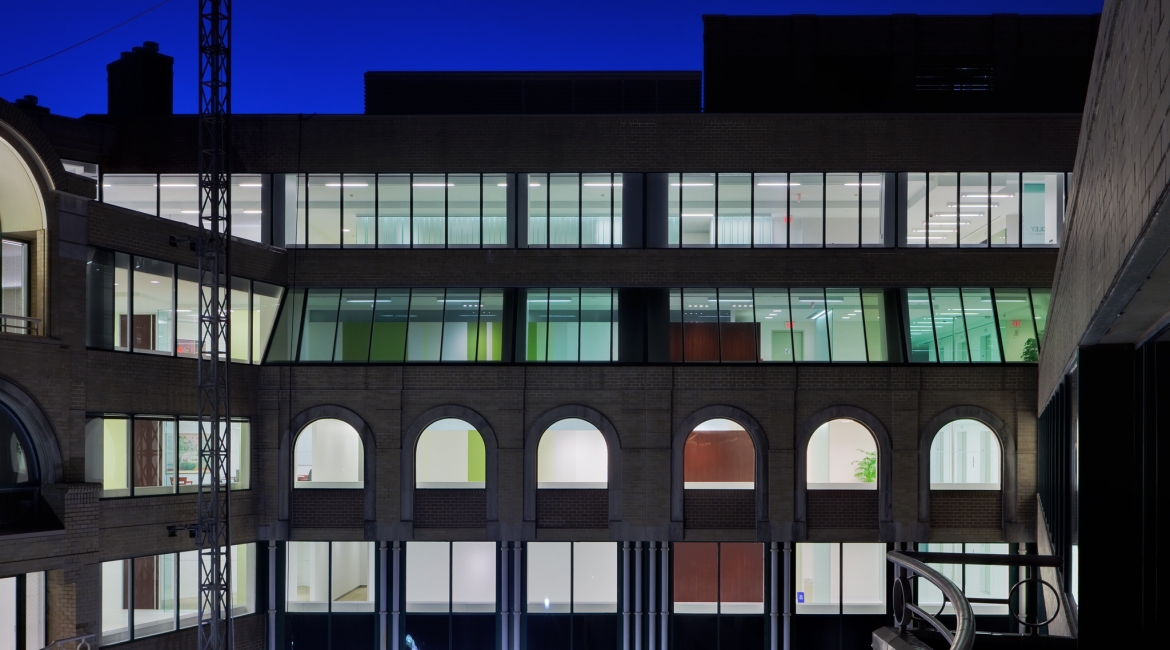 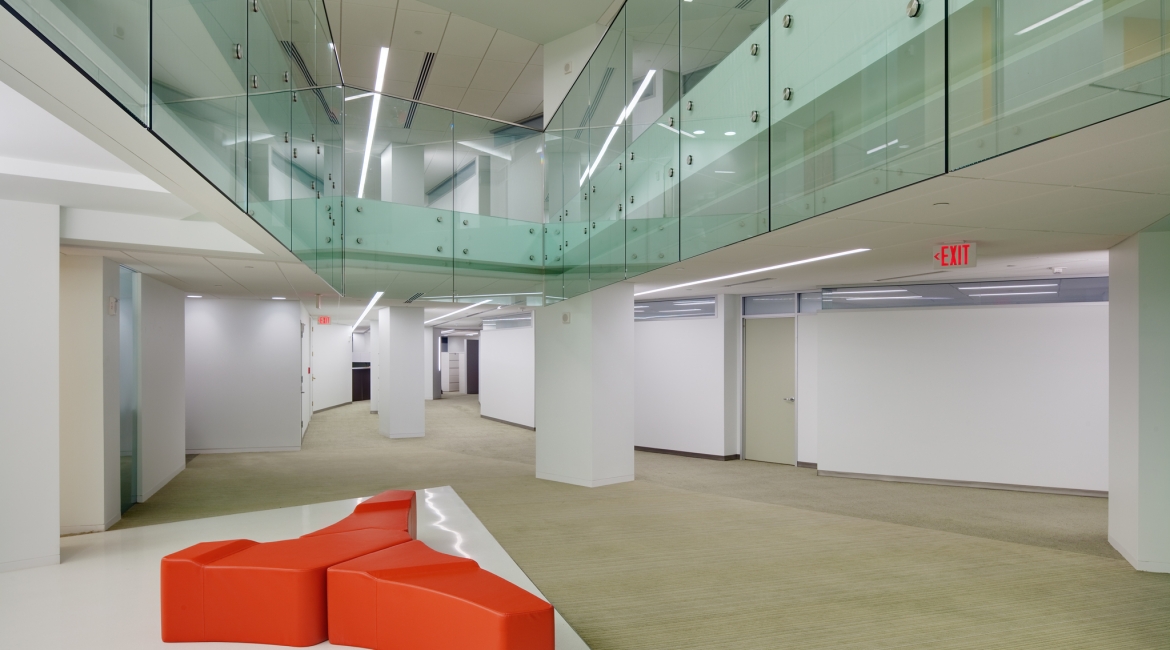 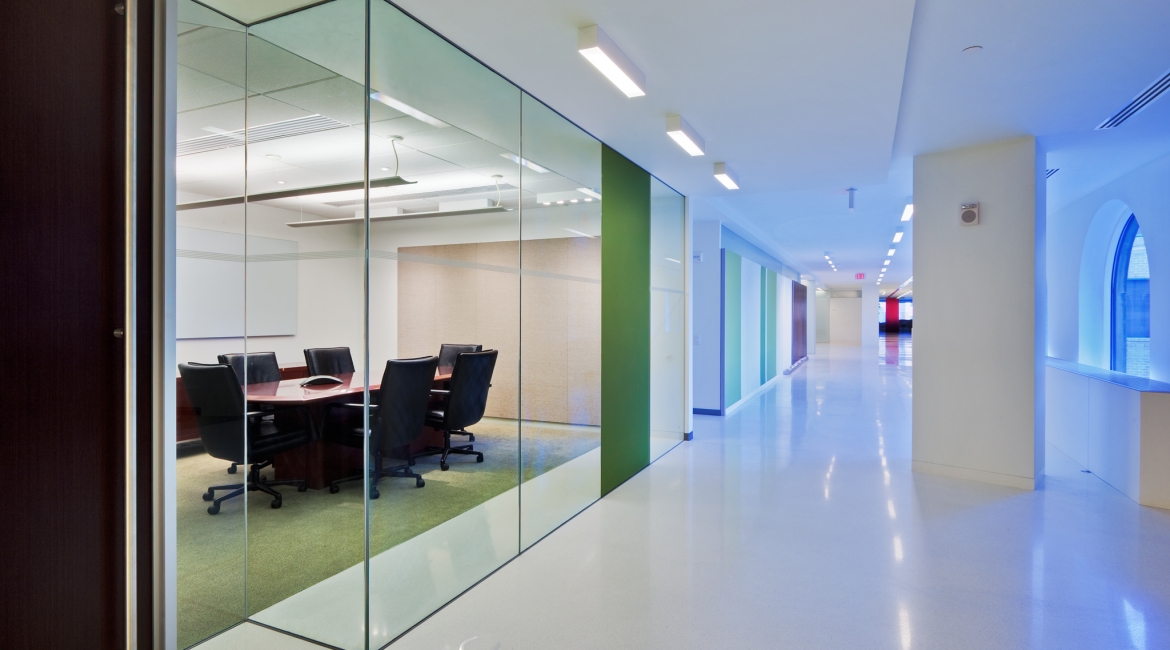 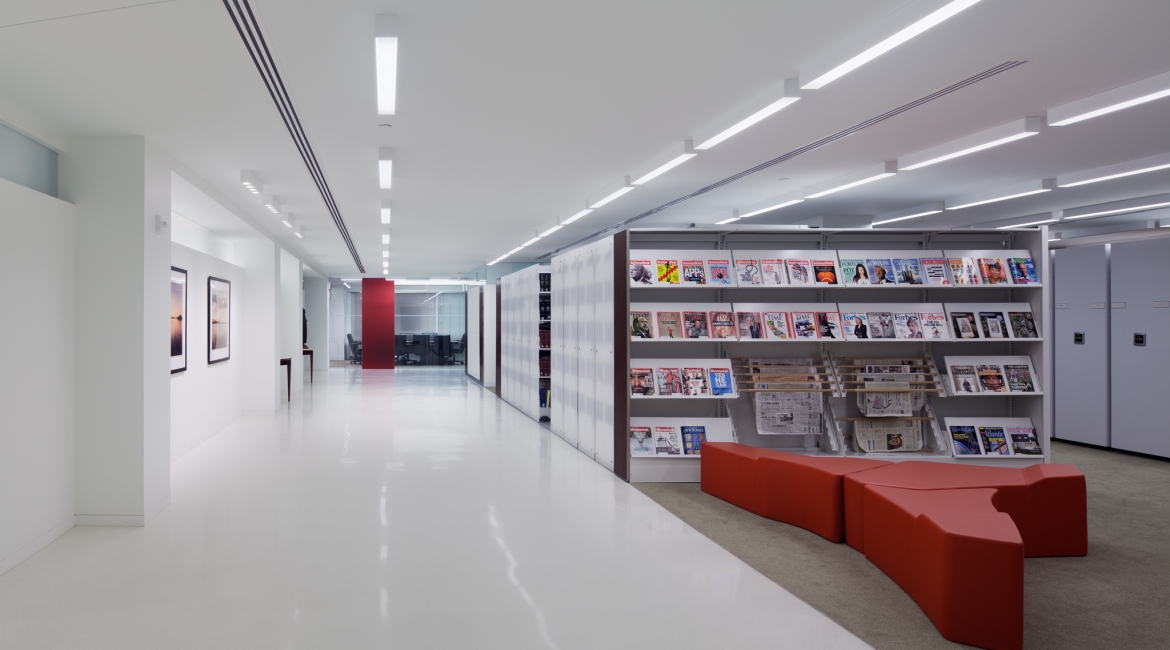 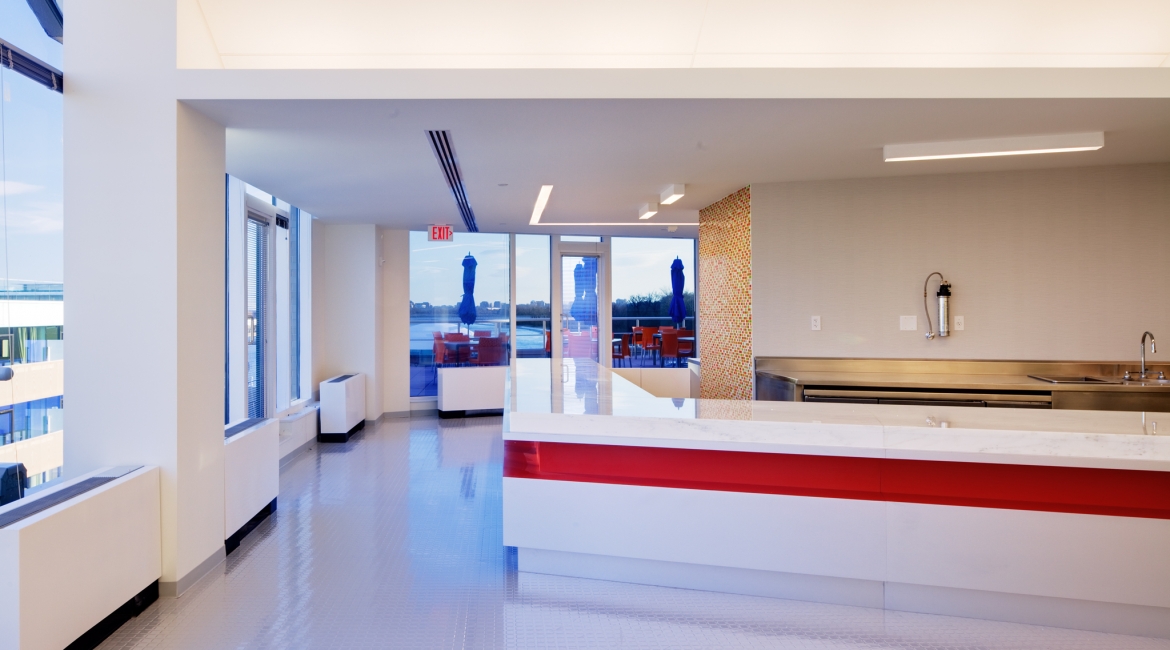 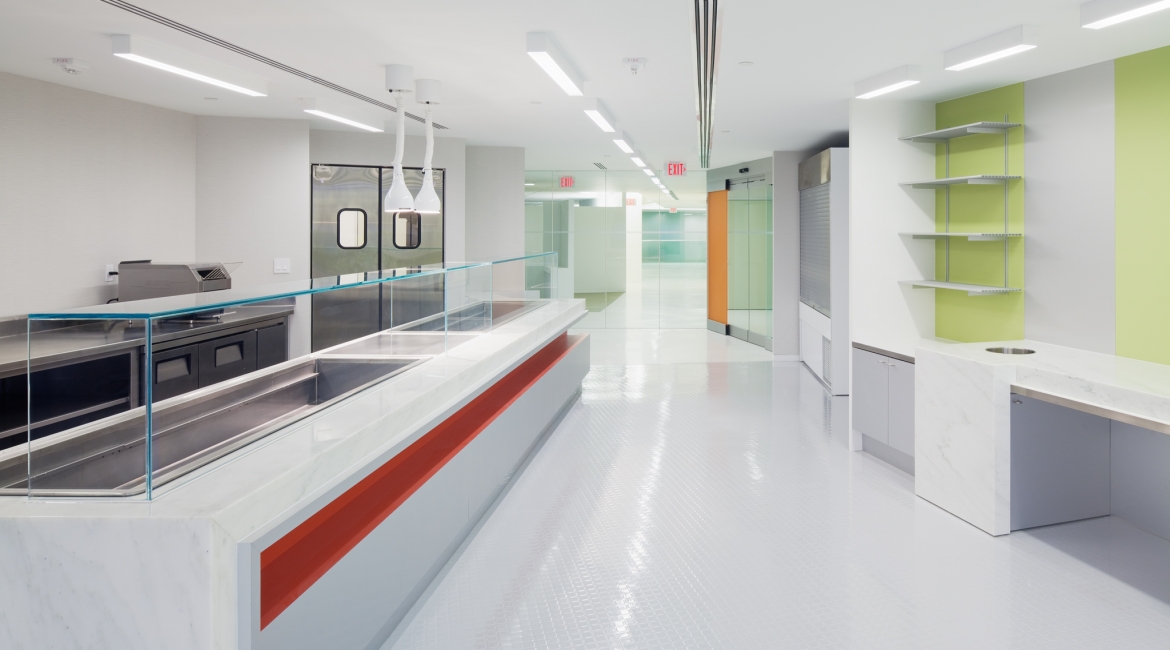 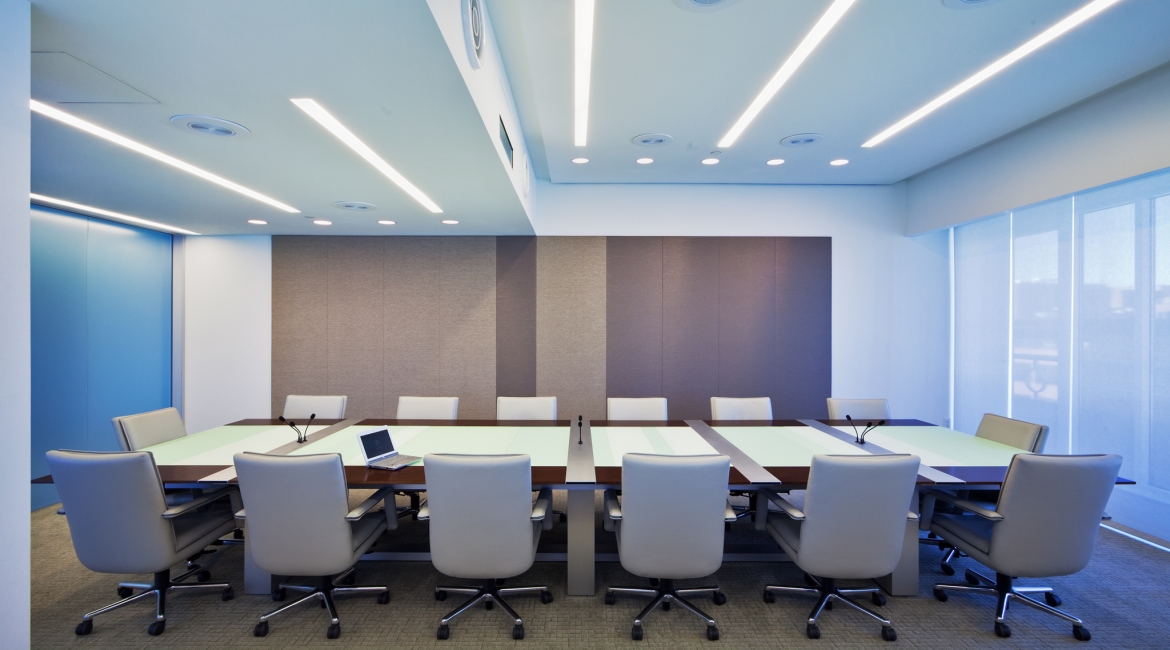 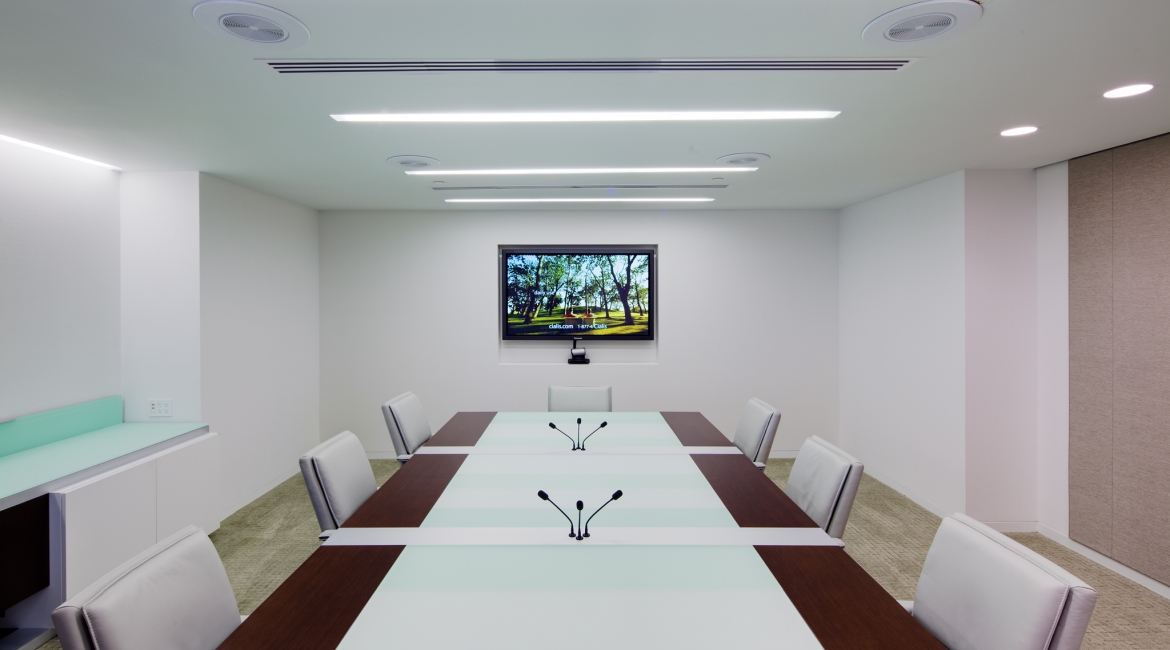 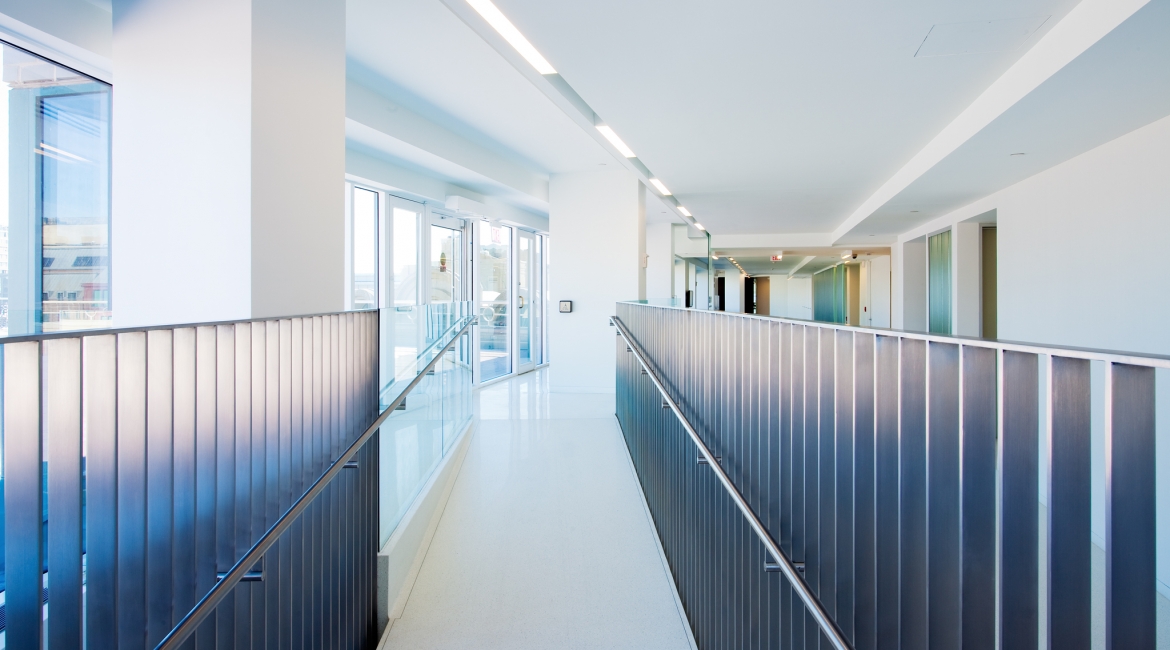 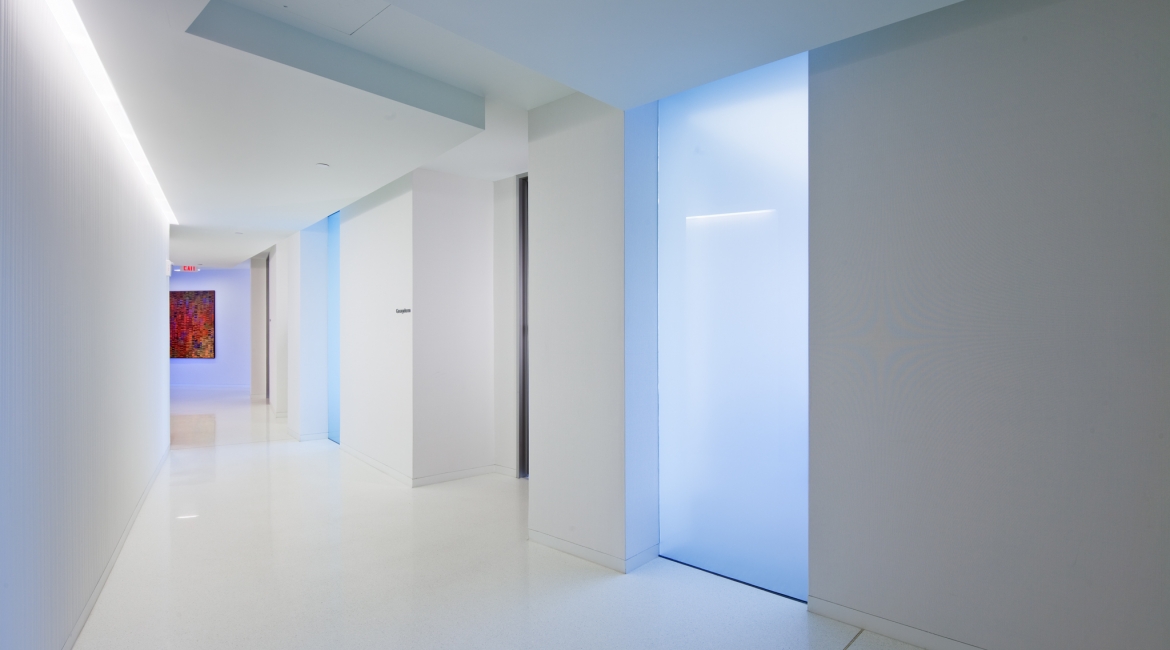 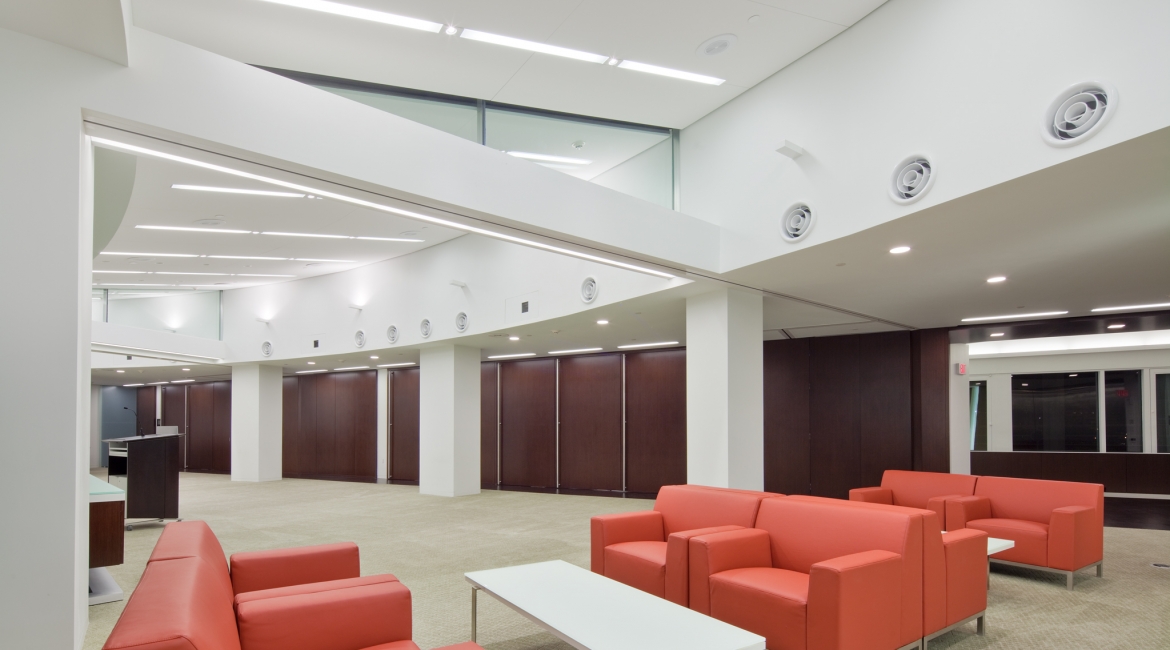 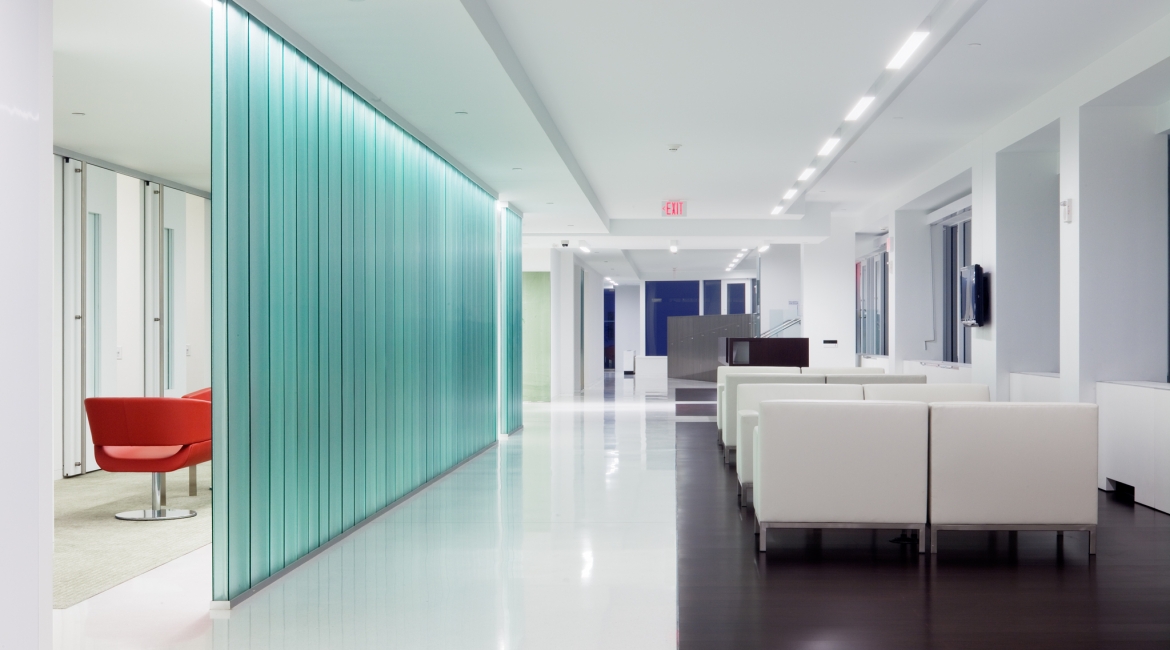 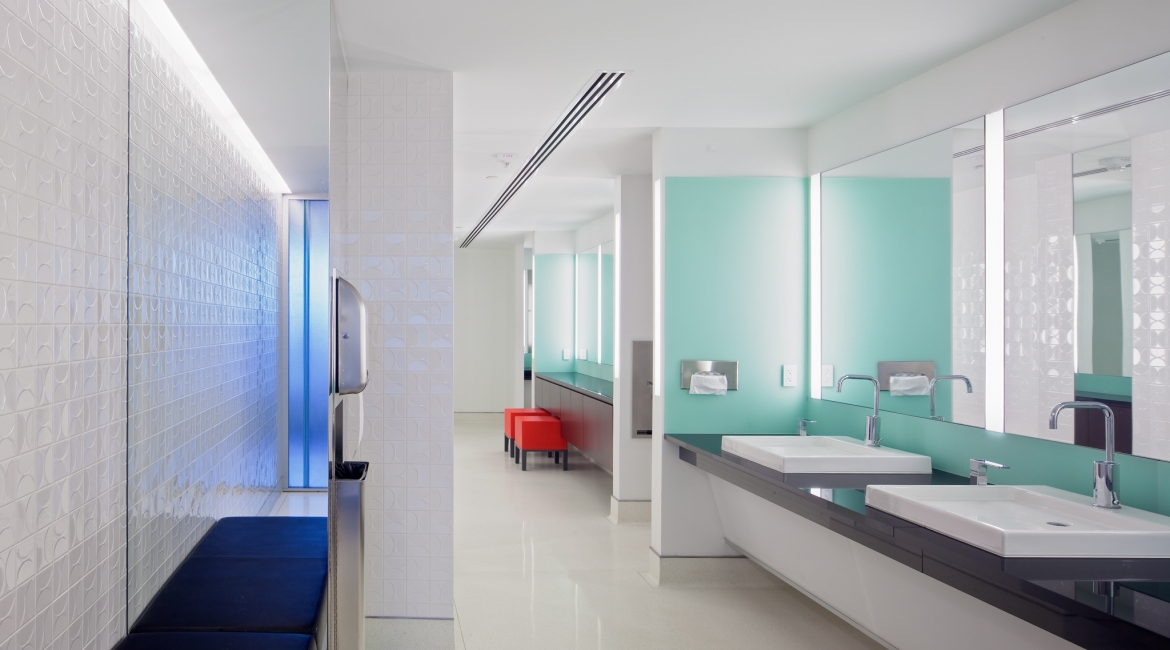 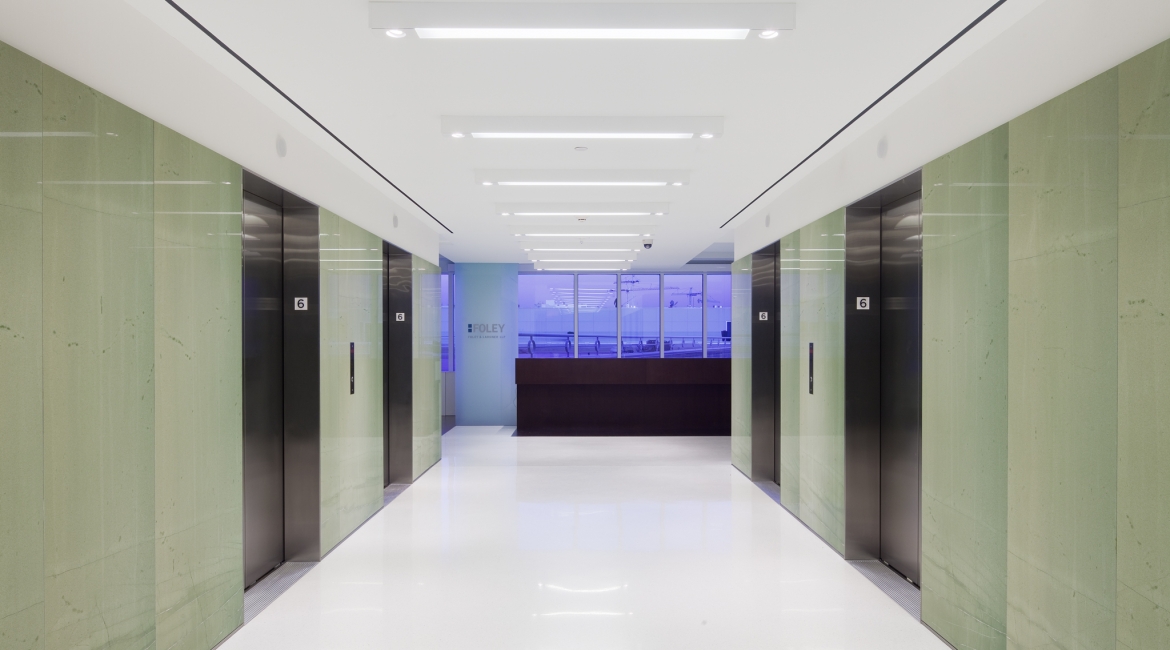 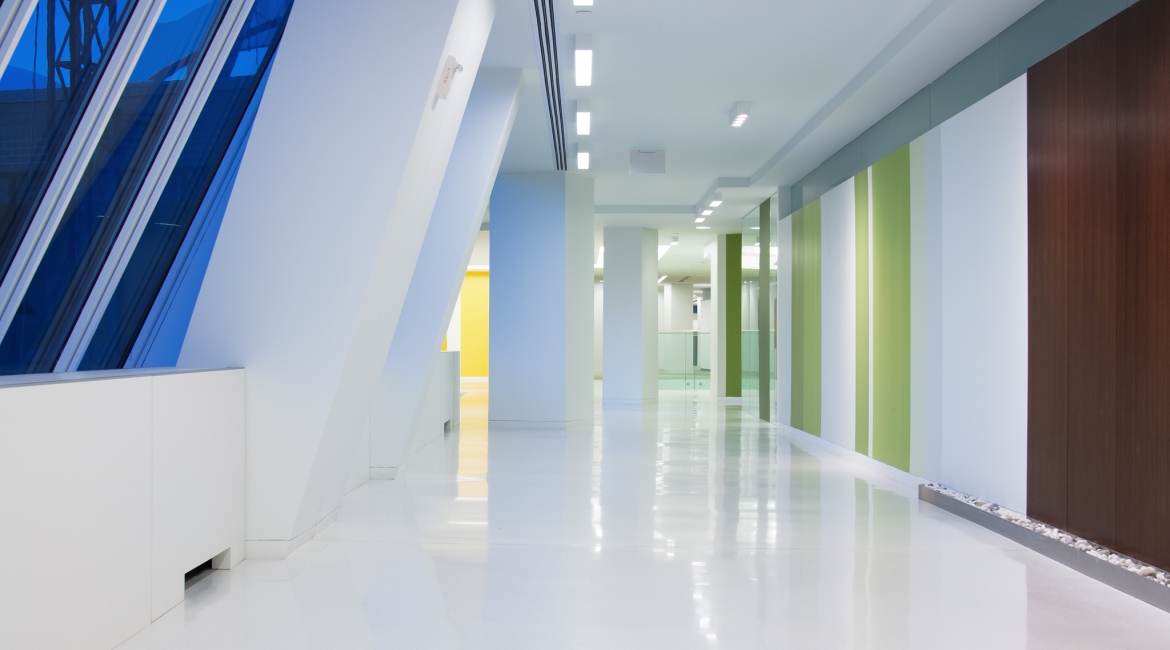 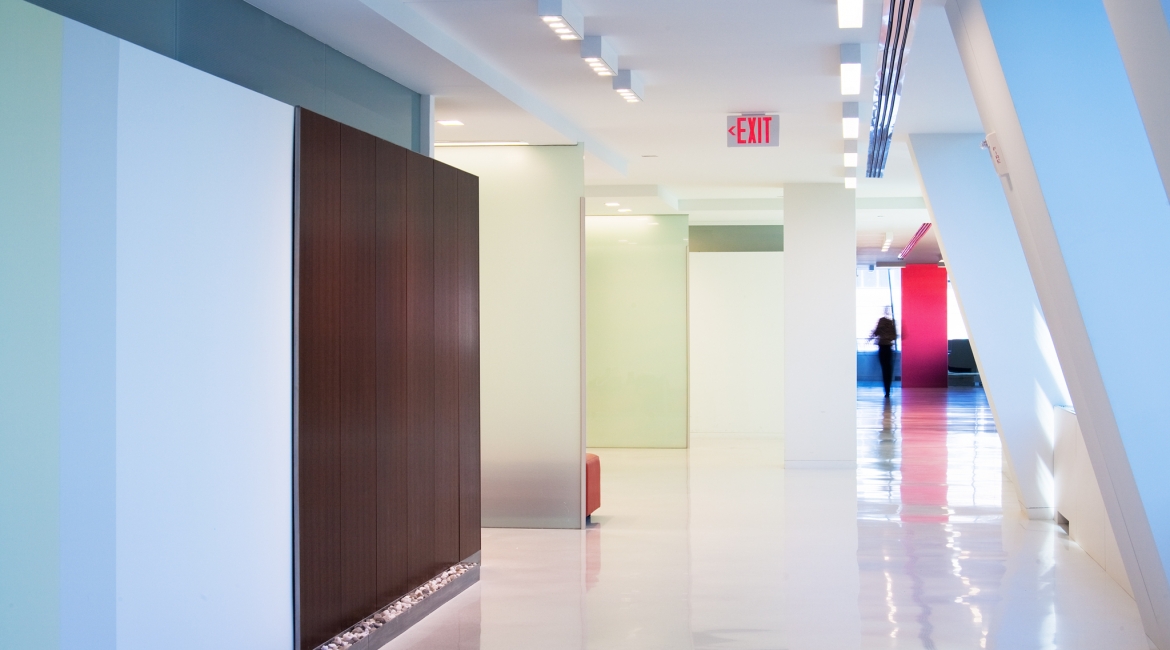 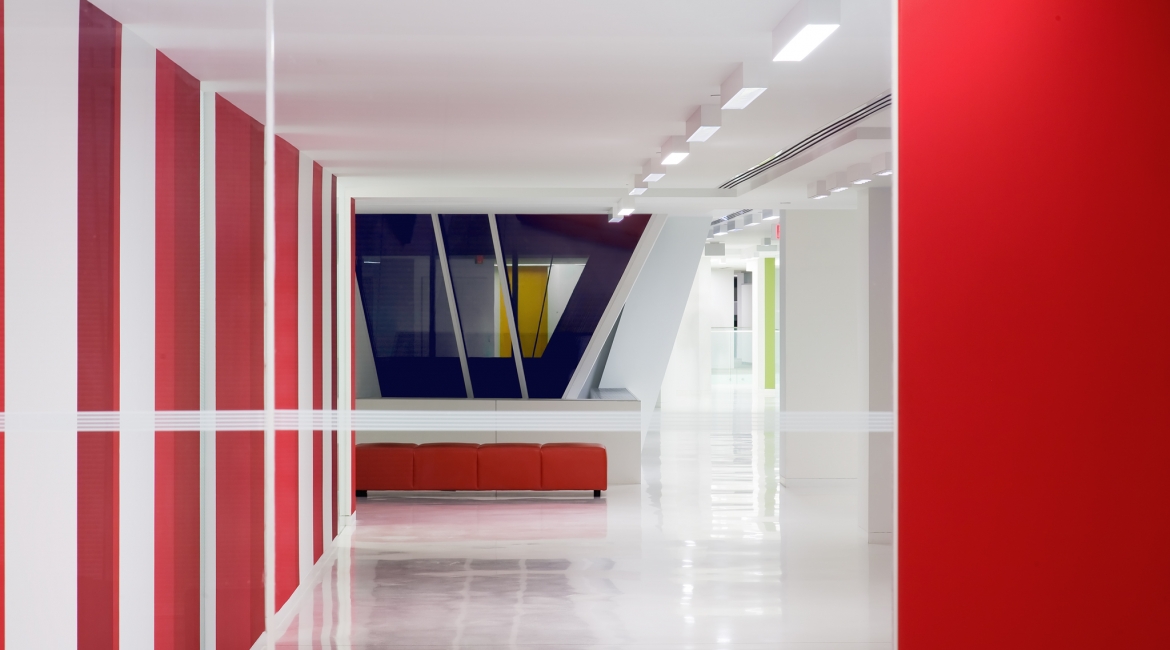 Mansour Maboudian, of Group Goetz Architects (GGA), Washington, D.C., led the renovation of the 210,000-sq ft Georgetown waterfront space for Foley and Lardner, LLP, an international law firm. On the table was a structural renovation and reorganization of the office foor plan, with the ultimate goal being a minimalistic and streamlined interior and lighting design. Maboudian chose principal Maureen Moran and senior designer Frank Feist from the Washington, D.C.-based lighting design firm MCLA to create a minimalistic yet effective lighting plan.

GGA's goal in designing a cohesive office plan was to form central access corridors, or “boulevards,” that run the length of each floor.  And A-Light's D3 | accolade3 surface mounted 4ft (T5 28w) luminaires were chosen to illuminate them. Placed in repeating patterns to create continuity, fixture spacing depends upon location and energy conservation concerns: closer together over movable stacks for research, farther apart in enclosed corridors, even farther apart near window bank corridors where natural light is plentiful.

While the majority of the D3's are surface mounted, MCLA chose to mount several luminaires inside a slot in the ceiling over the lobby seating area and along open hallways for another unique variation on the theme, a technique that we at a·light have coined "shadow and light". In art gallery spaces and those that required highlighting, such as the main conference/speaking area, 37w MR16 halogens were employed for accent lighting, providing a bit of sparkle.

The same fixture profile was used throughout the space for consistency, as well as to reduce maintenance, including those areas where recessed linear luminaires (D5) were more appropriate: in low-ceilinged conference rooms, and illuminating the blue glass wall in the reception area.

Where possible, the ceiling was removed to expose the vaults. In one such space, a D4 | accolade4 wall mount asymmetric uplight illuminates the entire corridor length above the window banks to articulate the new ceilings. Every few yards a D3 | accolade3 spans the hallway perpendicular, merging into the wall-mounted D4 and acting as an architectural beam with off-set MR16 accents accentuating the dark wood grained walls. Vertically recessed D5's draw attention to the structural columns alternating between span mounted fixtures.