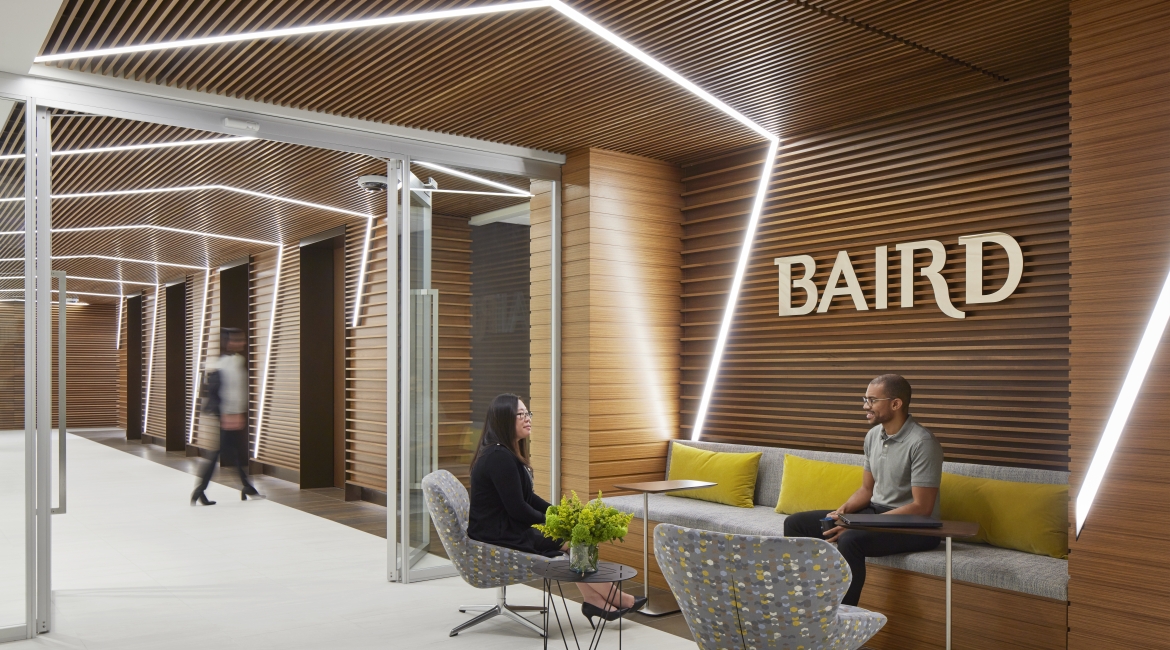 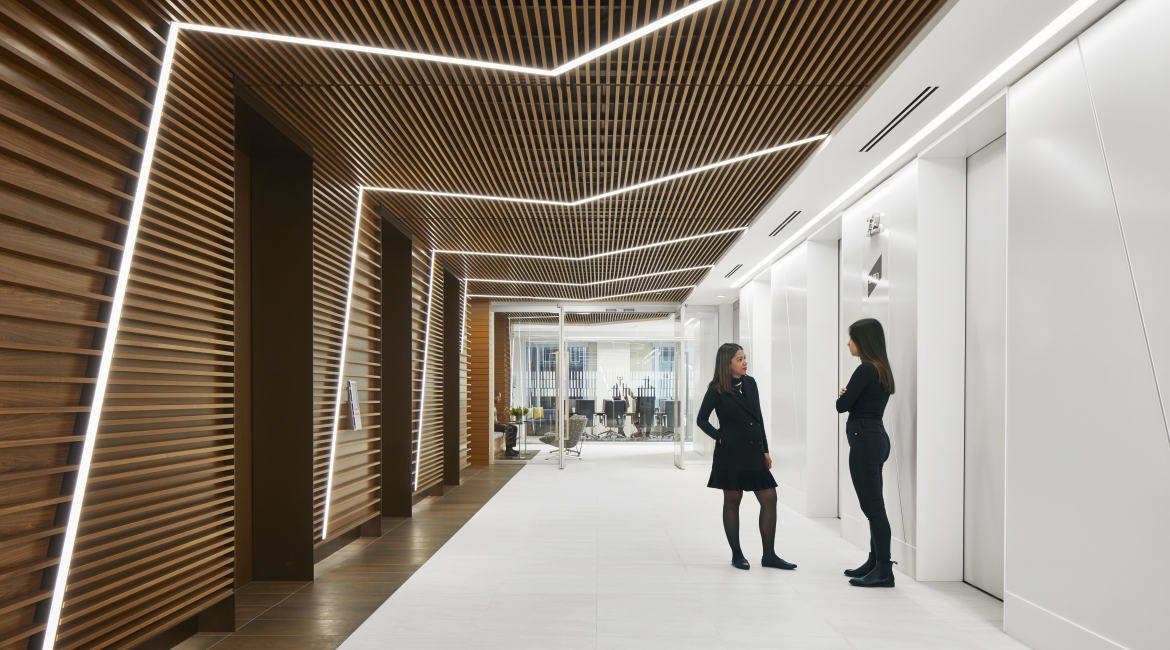 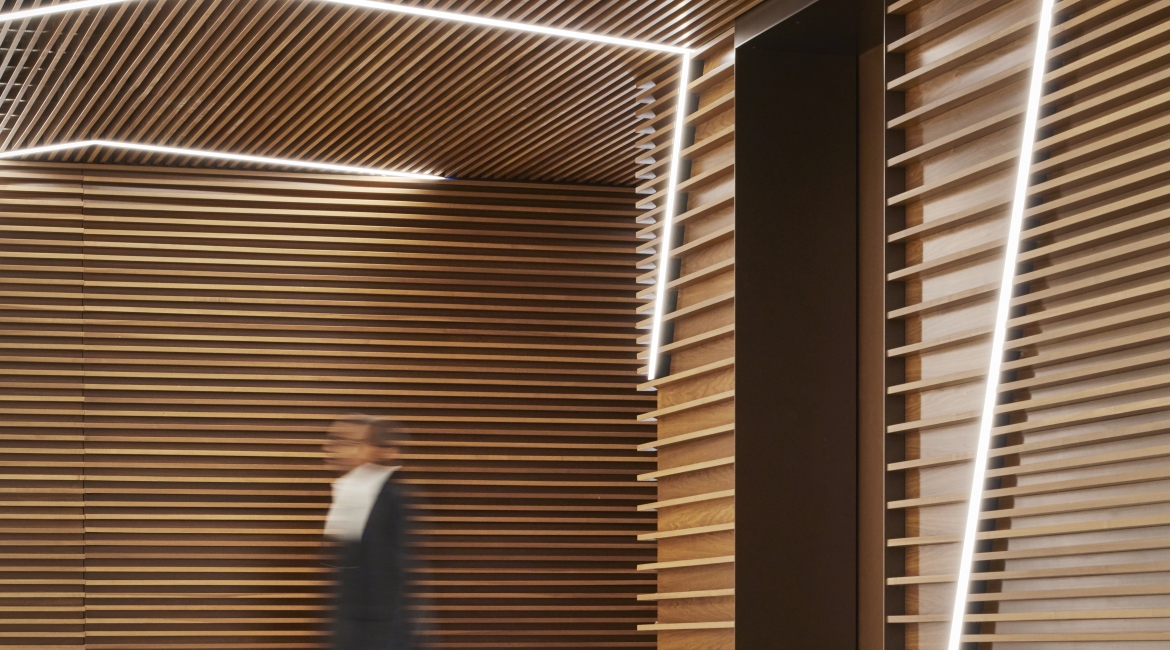 The 22nd floor of The Franklin building is home to the Chicago office of Baird Private Wealth Management. One of the most striking features of the space is the reception area, extending from the elevator bays along the main entranceway.

Rich wood paneling runs along a corridor wall and ceiling, offering a bold juxtaposition to the pure-white flooring and opposite wall. To bring movement and interest to the space, the architects responsible for the renovation sought to introduce linear illumination patterns across the wooden ceiling and down the wall.

A unique pattern was envisioned, zig-zagging across the ceiling and then extending down the wall. Ceiling and wall-mounted versions of the linear fixture would be incorporated into the raised slats to give the look of recessed illumination. Architects consulted with the KSA Lighting team, who proposed A-Light’s Accoled ACL3 direct luminaire.

Original plans for the project called for the ceiling-mount luminaire to meet the wall at a 110° angle, with the wall-mount version then extending down at 90°. While ACL3 is often adapted to custom configurations, there was a question about the compound corners in the specifier’s design. So, with the introduction of these specialized requirements, A-Light’s Design Assist team was brought on board.

In reviewing the proposal, and running their own models, the Design Assist team determined that if the fixture housing was cut to conform to the different angles, there would be a gap at the intersection, and this would force a visible seam between the two luminaires.

“We worked with the specifiers and architects on designs to come up with a solution that would produce continuous lines of light, staying true to their original intent,” said Mónica Sánchez Diaz, manager of regional application support for Design Assist. “It was through this collaboration that we proposed an option that was well-received by the designers. If the wall luminaire could be matched to the ceiling luminaire at the same 110° angle, a continuous line of illumination would be created.”

Once designs were finalized and the luminaires were in production, The Design Assist team continued to be involved. In particular, they were responsible for collaborating and communicating with the manufacturer of the wood paneling, as each row of slats required precise cuts to integrate the ACL3 luminaires seamlessly.

The result is stunning. Slim-profile housing ensures the focus is all on the swaths of illumination that appear to cut through the wood. And ACL3's patented HE Tech™ lens provides an even light distribution, enhancing the corridor's ambient illumination.

"This project was a true collaboration from the very beginning,” Diaz said. “We’re delighted that we were able to take a very creative and challenging lighting design and make it a reality.”